JERUSALEM – Enes Kanter Freedom hoisted an outlet pass and began cheering. On his next trip down court, Freedom, a 6-foot-10-inch professional basketball player, marveled at the assemblage of diminutive athletes cutting, shooting and running back on defense. A smile stretched across the NBA player’s face.

Scrimmages and drills continued all morning. Laughter ensued. Hands collided in high-fives. Selfies were taken, obviously. Before breaking for lunch and leaving the Jerusalem International YMCA on July 31, Freedom — an 11-year veteran of the NBA, who spent last season with the Boston Celtics — gathered the group of nearly 40 teenage campers around center court once more. He reiterated his message, telling the kids that peace is possible in the region and basketball can be a conduit for achieving it.

Camp director and former basketball phenom Tamir Goodman, praised Freedom’s words, saying they reminded him of principles he learned at Yeshiva Schools of Pittsburgh 25 years ago.

“The first day I was there, we had a rabbi named Rabbi [Eliezer] Shusterman, and on the first day of class, he said everybody has a special mission in this world to bring godliness into whatever it is,” Goodman said. “Whatever field they’re involved in, take something physical and make it holy. That’s kind of been my mission in life.” 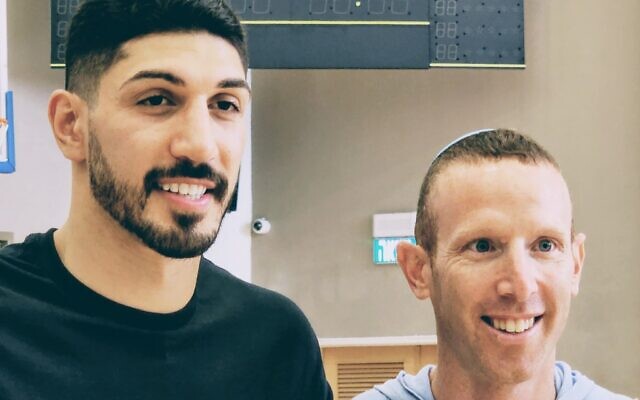 A quarter century has passed since those days in Squirrel Hill, but Goodman has held tightly to Shusterman’s mandate — all the while carving out a well-documented path in basketball. In 1999, after Sports Illustrated dubbed the Sabbath-observant Goodman “The Jewish Jordan,” press coverage ballooned. ESPN, CNN, Fox, 60 Minutes, The New York Times and The Washington Post followed the faithful athlete as he received a scholarship to No. 1-ranked University of Maryland and later played at Towson University, Maccabi Tel Aviv, Maccabi Haifa and Givat Shmuel.

As Freedom, a current NBA free agent, signed the backs of campers’ T-shirts and promised the children he’d return to play with them again, Goodman was reminded of the lessons he learned from Shusterman in Pittsburgh.

Joseph Lunt, a Salt Lake City resident and an assistant coach at the camp, said that sports, and people like Freedom — a Swiss-born, Turkish-raised Muslim athlete and human rights activist — can remind children of their commonalities. He wishes Americans were less focused on dismal news cycles and instead were more aware of the changes happening inside a Middle Eastern gym.

“People just need to see that it really is possible,” said Lunt, who traveled to Israel to help Goodman operate drills and manage games at the Bnai Zion, Athletes for Israel and Together Vouch for Each Other US-supported camp. “People share more things in common than differences.” 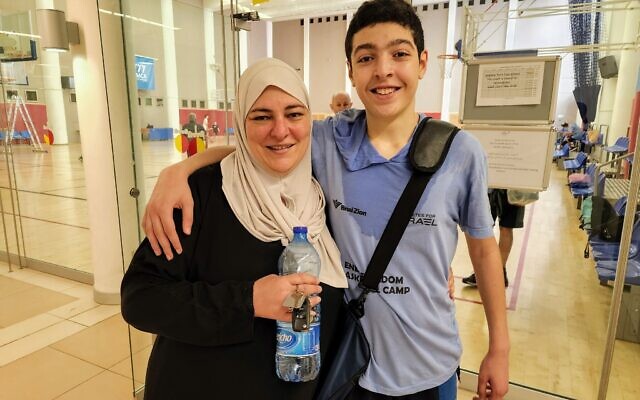 Salhab’s 14-year-old son Adam, who participated in the camp, said he appreciated Freedom’s words as well as the time Freedom spent helping the children develop their athletic talents.

“I would love for people to know that peace is possible,” Nancy Salhab said. “If people just looked at the similarities, not the differences, if they had more kindness in their hearts, were more accepting towards others. Everybody has children. Everybody has parents. If everyone just thought of the other as a parent or as a child, I think it would be a much better world.”

Heeding that sentiment would be nice, but there’s something Americans — specifically, teenage basketball players — need to know, added the smiling, sweat-drenched Adam Salhab: “We also got skills.” PJC