A dream that began on the Little League fields of western Pennsylvania took one step closer to reality on July 18 when Tanner Jacobson, a 2018 Pittsburgh Allderdice High School graduate, was drafted by the St. Louis Cardinals.

Jacobson is the first person from Allderdice to become an MLB draft pick in more than two decades. For Jacobson, and those who’ve long supported the 6-foot-1-inch right-handed pitcher, it was both a culminating moment and the beginning of a new journey.

Before being selected 307th in the MLB draft, Jacobson, a 2018 Jewish Sports Hall of Fame of Western Pennsylvania scholastic award winner, was a talented athlete from Squirrel Hill. Throughout high school, he played baseball for local leagues and traveling teams while also starring at Allderdice, armed with a blistering fastball, a powerful bat and the ability to play all nine positions. Jacobson spent years working on his mechanics, carefully refining his movement and play.

When it came time to select a college, the soft-spoken phenom elected to join a nascent program at Queens University of Charlotte.

“I went down there and saw the campus,” Jacobson said. “It’s in a beautiful part of Charlotte — about a 5- to 10-minute drive to uptown Charlotte — and it’s a beautiful city. It felt like a new home for me.” 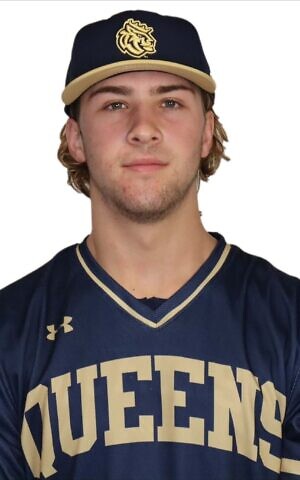 In addition to the allure of playing baseball in the South was another pull: the opportunity to learn from a master of the craft, Cy Young winner Jack McDowell, the school’s head coach. Queens was just fielding a club team at that point. Even so, Jacobson was intrigued by the prospect of becoming a Royal, so after long being one of the best baseball players in western Pennsylvania, the quiet titan started anew in North Carolina.

Heading into Jacobson’s junior year, Queens named Ross Steedley the Royals’ new head coach. Jacobson’s status as a two-way player (someone who can both pitch and hit) was scratched, and the former Squirrel Hill resident spent the season focusing on life from the mound.

“We had a bunch of good guys coming in, and our fall went really well,” Jacobson said. “It was very competitive. That was the best culture we had as a team. We got together and would hang out and really build that chemistry, which is what we needed.”

The team finished with a 29-22 record, going 17-7 in conference play. Jacobson’s highlights included striking out eight in 6.2 innings on March 26 at Newberry College and then 11 in 6 innings on April 2 at Coker.

Individual successes were great, the pitcher explained, but the season served as a reminder of one of baseball’s greatest lessons.

Jacobson has long recognized his place within the game. That’s partially why Queens University was so ecstatic that the long-haired hurler became the first player in school history to be selected in the Major League Baseball draft.

“Tanner is an extremely hard worker, he is highly competitive, and he is a great teammate,” Steedley said in a statement. “I couldn't be prouder and more thrilled for Tanner to chase his dream. He was a joy to coach and watch compete, and he represented our programs and Queens the right way.”

“Tanner was an athletic two-way player with very limited time on the mound in college, so the feeling was that he is a low mileage arm with a lot of upside,” Calhoun said. “He already shows the ability to land his breaking ball for strikes or bury for swings and misses. Once he focuses exclusively on pitching in pro ball, the hope is that more consistent velocity and spin comes down the road.” 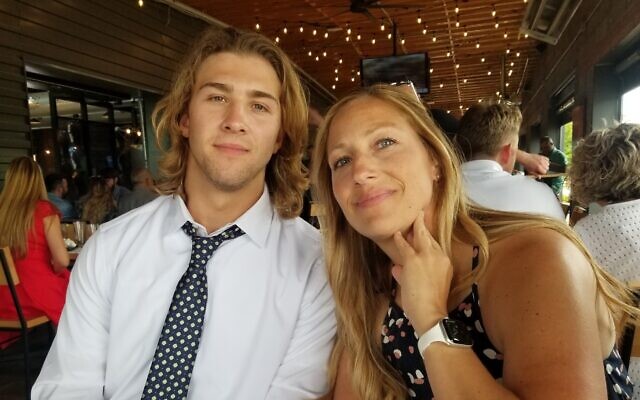 Jacobson is in West Palm Beach Gardens, Florida, training with other members of the Cardinals organization. Time will tell where the Allderdice graduate lands within St. Louis’ organization.

For now, the kid who grew up dominating diamonds in western Pennsylvania is just looking to continue a process that’s brought him to this point.

“I’m just going to keep progressing with my throwing,” he said. “I can’t say where the next chapter is, but hopefully I’ll be throwing in some FCL [Florida Complex League] or single A games soon.”

Until then, Jacobson remains much the same as he was on the Little League fields: grateful and encouraging.

“It truly means a lot that I have so much support — from friends, family friends, all my family — to see me keep progressing in my life,” he said. “It’s a tough thing to do, to achieve what I’ve achieved in this moment, but for anyone else who is willing to work hard it’s amazing to see what can happen.” PJC