Barbara Broff Goldman is still busy stitching, stamping and gluing, but as the last surviving member of Rodef Shalom Congregation’s bookbinding group, she has reached a point where she isn’t sure whether she’s preserved more texts or memories.

“It was all these people who would be 90 to 100-years-old today,” said Goldman, who lives in Squirrel Hill. “I’m the only one left.”

The group was composed of women predominately from the Greatest Generation, and they met for about two hours each Wednesday morning in Rodef Shalom’s Sisterhood Room.

They were a tightknit bunch, who — save for a holiday or inclement weather — gathered weekly for decades, according to Rodef Shalom’s archivist, Martha Berg. The women were dedicated to each other and to the task at hand, but also to their leader, Rabbi Dr. Solomon Freehof, who established the group in 1964.

A scholarly titan, whom the New York Times called a “leading interpreter of Jewish law,” Freehof was drawn to bookbinding’s hands-on nature: Not only did he find it relaxing, but it was a way to teach people about “an old artisan craft” and to preserve cherished books, Berg said. 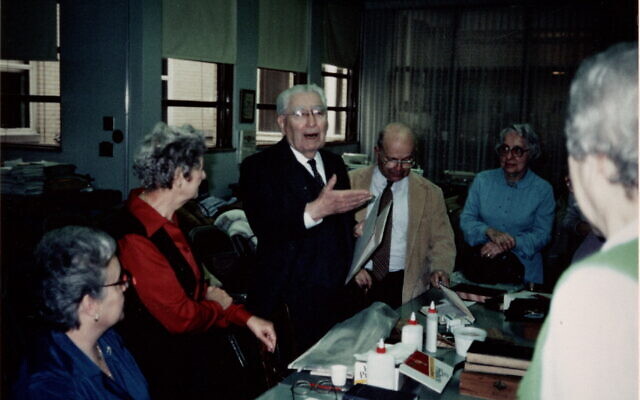 Rabbi Dr. Walter Jacob, Freehof’s successor and Rodef Shalom’s rabbi emeritus and senior scholar, recalled that Freehof not only offered instruction on how to bind the books, but on their contents as well. Written in English, Hebrew or European languages, the texts were often volumes that committee members would never have touched had it not been for Freehof, Jacob said.

And Freehof’s efforts were highly valued, according to annual reports delivered to Rodef Shalom’s sisterhood. Bookbinding members described how “wonderful” it was to work with Freehof on “his special project,” and how, upon his demise in 1990, the group would very much “miss our mentor and friend.”

But the bookbinders offered more than camaraderie for the late rabbi. Freehof’s attention to the craft enabled him to remain active in the congregation during his later years, explained Goldman, a third-generation Rodef Shalom member.

Freehof served the congregation from 1934-1966, and after his official retirement remained a fixture there for the next 34 years. Whether it was frequently attending his office at the temple, sitting on the bimah or working with bookbinders, Freehof continued to be an important part of Rodef Shalom until his death, Berg said.

During services, or even a bookbinding session, Freehof had an “aura” that was keenly felt by those nearby, Goldman said. “When he spoke you listened, and I won’t say that about every rabbi.” 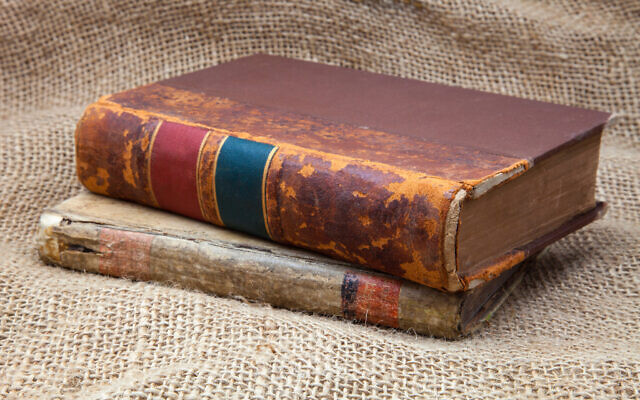 Photo by ziquiu via iStock

Freehof continued influencing Rodef Shalom well beyond his official retirement, but a review of the archives demonstrates a decline in his bookbinding skills due to his weakening eyesight, Berg said.

Although the volumes aren’t dated, it’s possible to differentiate his earlier undertakings from the ones he performed later on after his eye troubles began. “They’re just not as carefully done as the earlier ones,” Berg said.

Freehof bound several books for Jacob, and scores more that ended up in Cincinnati at the Hebrew Union College–Jewish Institute of Religion library. And he made sure that all materials required for binding were donated. For instance, if the group needed glue, Freehof called a Rodef Shalom member who was president of a glue company, and asked him to have someone drop off supplies. Similarly, when the public libraries, which also bound books, had excess materials, Freehof asked for them, Jacob recalled.

His prudence is evidenced by the many different colors within the bindings. Whether it was an array of blues, purples or greens, “Freehof bound loads and loads of books in colors that you would never dream of,” Jacob said.

Bookbinding, as both an art form and functional practice, began more than a millennia ago. The oldest European book with an original intact binding, which dates to the early 8th century, is the St Cuthbert Gospel. Housed at the British Library, the book includes wooden boards covered in red goatskin and contains symbolic and stylized markings on its front and back covers.

An ancient siddur, which includes liturgical hymns, selections of Shabbat morning prayers and the Passover Haggadah, and dates to the mid-ninth century may be the oldest Jewish prayer book. It’s held at the Museum of the Bible in Washington, D.C., though the book’s provenance was challenged in April 2021 by the National Museum of Afghanistan.

Many people don’t realize it, Goldman said, but bookbinding is an art form, and “the whole process is very creative.” 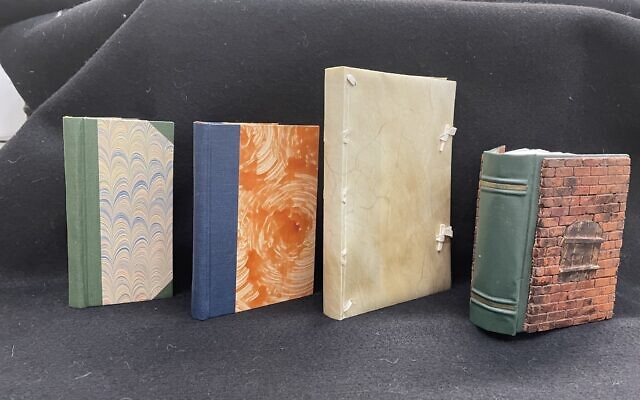 After receiving initial instruction from Freehof and the Rodef Shalom group, Goldman traveled to Boston, Massachusetts, and completed bookbinding classes at North Bennet Street School, a private vocational academy. From there, she attended various workshops and refined her skills. Over the years, both through Rodef Shalom and a local guild of bookbinders, Goldman has worked on more texts than she can remember. Many of the books presently line the shelves of her studio. As she is the sole bookbinder left at Rodef Shalom — her mother, who died in 2016, was the penultimate member of the group — Goldman does her work from home now rather than at the synagogue.

She knows that few individuals will appreciate how much effort it takes to sew leaves, apply adhesive or cut grooves into a spine. She also realizes that fewer people now have the luxury of dedicating hours each week to congregational activities.

Rodef Shalom’s bookbinding group reflected the zeitgeist of a bygone generation, and these days, Berg said, it’s harder to find women who don’t work outside the home. Additionally, people’s avocations have shifted.

Goldman has added fiber arts and printmaking to her repertoire, but she still binds books, and appreciates its meditative quality.

“I just zone into it into what I’m doing,” she said. There’s a certain motion to it “that keeps going the same way.”

Goldman realizes the day is coming when there is no one left from Freehof’s bunch. For that reason, she said, it’s important to preserve the bookbinders’ story.

“It’s just a piece of history,” she said. “It should be remembered.” PJC