After a two-year pandemic-related hiatus, Dr. Cyril Wecht will be back on stage discussing America’s most famous murders and deaths.

On April 1 and 2 at the Lamp Theatre in Irwin, Wecht, a world-renowned Pittsburgh-based forensic pathologist and attorney, will share tales of high-profile cases and insights from his nearly 60-year career.

For a half-century, Wecht has performed more than 21,000 autopsies and weighed in on more than 40,000 death cases, including those of John F. Kennedy, Robert F. Kennedy, Martin Luther King Jr., Elvis Presley, JonBenét Ramsey and Kurt Cobain.

Wecht’s April 1-2 talks aren’t the first time he’s reflected on his storied career. In “The Life and Deaths of Cyril Wecht: Memoirs of America’s Most Controversial Forensic Pathologist,” and “The JFK Assassination Dissected: An Analysis by Forensic Pathologist Cyril Wecht,” Wecht detailed some of his most intriguing cases.

What the upcoming talks provide, however, is a chance to “freely and spontaneously” publicly talk with fellow presenter John McIntire and a larger audience, Wecht said.

Wecht has worked with McIntire, a Pittsburgh-based comedian, television, YouTuber and television and radio talk host, before at similar programs, Wecht said, and attendees can expect an entertaining and “unscripted” show.

One thing guests will enjoy, Wecht continued, is a chance to see the incongruity of the Warren Commission’s findings regarding the JFK assassination.

During the talks, Wecht will select two random volunteers from the audience and ask them to sit on stage at a distance representing the space Kennedy and Gov. John Connally sat from one another in the presidential limousine during the 1963 assassination.

Thanks to the two volunteers, Wecht said, attendees will see the “absurdity of the single bullet theory, of how that bullet would have had to have moved vertically and horizontally, right to left, left to right, which is the sine qua non of the Warren Commission report regarding a single shooter.” 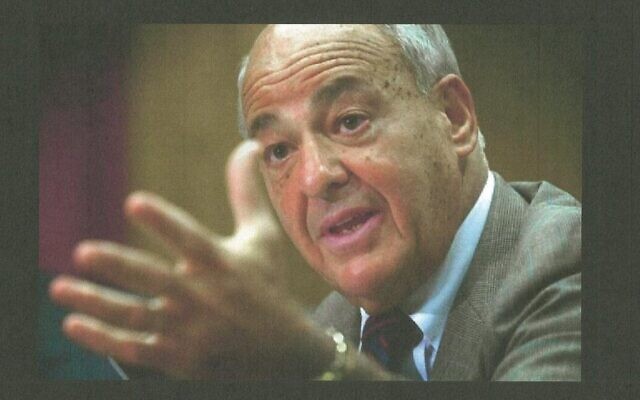 Wecht has presented his analysis on the JFK assassination almost 1,000 times, most notably on national television, within the pages of The New York Times, at conferences, public programs and in various writings.

Apart from rehashing old cases, Wecht said he plans to discuss more recent deaths, including those of Bob Saget and Jeffrey Epstein.

Regarding the former, the Orange County Sheriff's Office noted that the comedian died of accidental blunt head trauma most likely occurring in an Orlando hotel room.

Wecht said he is “strongly critical” of reports describing the manner of Saget’s death.

There is “no way in the world that all of those injuries could have been inflicted in a fall in his hotel room or against the headboard,” Wecht said.

And, as for Epstein’s death, “it was not suicidal,” Wecht said.

Given the “the severity and multiplicities” of Epstein’s injuries, attendees will hear how the financier and convicted sex offender was strangled and ultimately died by homicide, Wecht added.

“The man has a memory of an elephant,” Elder said.

Wecht recalls every detail of almost every case he’s worked on, so to hear someone share that knowledge, clearly and entertainingly, with an audience, is “the most interesting thing you’ll see in your life,” Elder said.

There’s also something nice knowing that Wecht is back in Irwin, Elder continued, as the last pre-pandemic show was Wecht’s — the pathologist and attorney addressed an audience at The Lamp Theatre on March 16, 2020.

To see him back here, two years later, “means everything in the world,” Elder said. It represents “a return to normalcy.” PJC