Coffee and Conversations With Jerry Dickinson 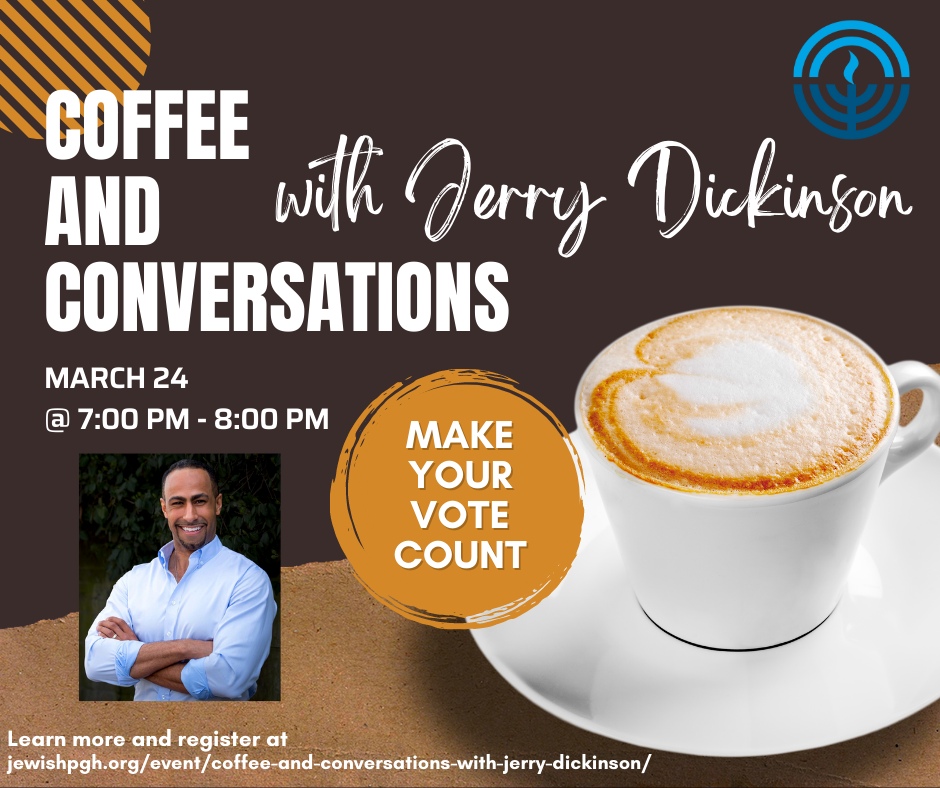 For the first time in 28 years, Pittsburgh will have entirely new faces running to represent it in Congress. We also find ourselves in a newly drawn District 12. As we say ‘thank you’ and ‘goodbye’ to Mike Doyle, Pittsburgh’s Jewish community must learn where our potential candidates stand on the issues that matter most to us, both as individuals and as a collective. The Community Relations Council will be hosting ‘Coffee & Conversations,’ a one-on-one candidate forum series open to the public. With antisemitism on the rise around the world, a new JCPOA deal recently released, the crisis ongoing in Ukraine, and infrastructure bills being proposed as just a few of the topics on the ballot this year, this is your chance to meet your candidates and ask them about where they stand on these issues and demonstrate that the Jewish Community is active, engaged, and cannot be ignored. The Coffee and Conversation series kicks off with Steve Irwin on Wednesday, March 23rd followed by Jerry Dickinson on March 24th, and Summer Lee in early April. Registration is required and can be found on the Jewish Federation’s CRC web page. Sign up and show out to meet your congressional candidates! jewishpgh.org/event/coffee-and-conversations-with-jerry-dickinson