Amos Amit begins his process by drawing a design on fabric. He then applies hot wax as a resist. Amit adds dye, then more wax. The Israeli-born batik artist continues the methodical process until he finally removes the wax by ironing the work between sheets of paper.

Amit’s finished product is a piece that looks like a painting, but is not. The amazing part, he explained, is that Batik isn’t so much an illusion as it is a vanishing technique.

“There are a couple of us in America, in the art circle, who are still doing it but we’re all old,” Amit, 76, said. “Young people don’t want to invest the time that it takes.” 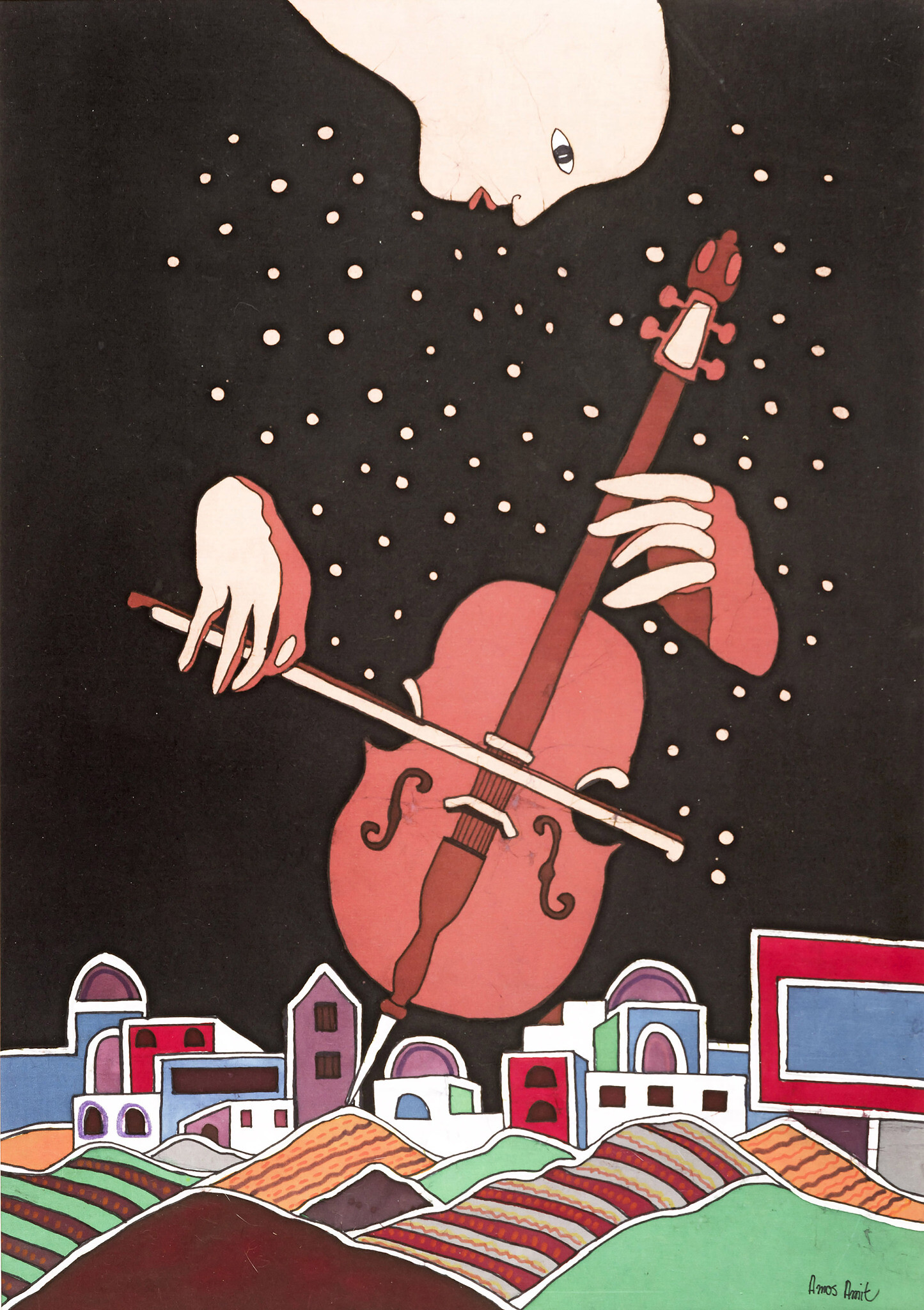 “Music for the world,” by Amos Amit

Amit was born on a moshav in pre-state Israel in 1945. Growing up, his childhood activities included milking cows. Amit received an agriculture engineering degree from Hebrew University but told the Chronicle his passions were elsewhere: “You couldn’t study landscape architecture in Israel, so I came to the States and got a Masters.”

By the time Amit completed his graduate work at California Polytechnic State University in 1975, he had already dedicated himself to art.

“I do harder and harder things where I need more control of the wax, more fine details,” he said.

Amit is one of nearly 100 artists participating in A Fair in the Park. The annual event, hosted by The Craftsmen’s Guild of Pittsburgh, will occur Sept. 9-11 in Mellon Park, Shadyside.

“I have done A Fair in the Park quite a few times. I like the place. I like the people who run it and I like the educated public who come to the show. They like to know about the technique and they like to converse. It’s fun,” he said.

Amit lives in Los Angeles, but spends much of his time traveling for work.

“I do about at least 25 shows a year. I do shows in the winter in Florida, in spring in Texas and in the summer in the midwest,” he said.

Amit enjoys Park City, Utah, and Bethesda, Maryland, but said he has an affinity for Pennsylvania and particularly State College.

Central Pennsylvania Festival of the Arts is a show that “I’ve been doing for over 20 years,” he said. “The area is beautiful. The alumni come and appreciate the work.”

Selling pieces is nice, but engaging with an audience is also fulfilling, he said.

Partaking in spontaneous conversation is something that harkens back to earlier days. Growing up in Israel, people would socialize — and still do — differently than here, Amit said. “You don’t have to make an appointment to go to a friend. It’s much more simple,” he said of social interactions in Israel. “That’s the part that I miss, and I feel like I cheated my kids a little bit. They would have had a lot more exciting childhood if they had lived in Israel.” 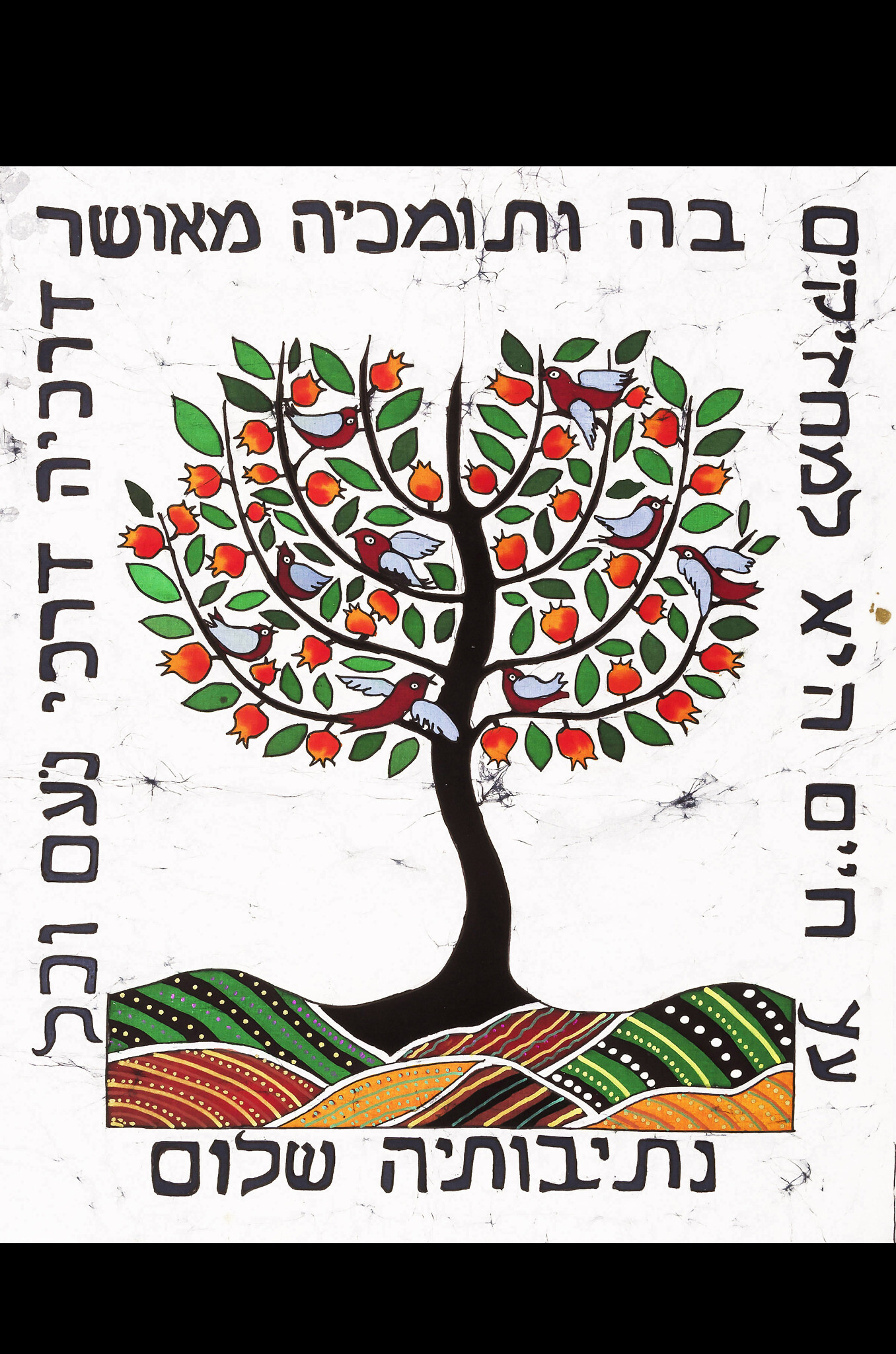 “Tree of Life,” by Amos Amit

Amit moved away from Israel in 1974. Nonetheless, he remains connected to the Jewish state by returning twice a year to visit family.

“I love my culture. Maybe I’m not religious, but I like the tradition that I have carried with me throughout all these years. And I’m not embarrassed to show it in my work or in my interaction with the people,” he said.

There are Israeli and Jewish artists who “hush” their identity. Amit said he won’t and that his work appeals to audiences of diverse faiths.

Whereas shows provide a chance to speak with individuals about Israel, the irony, Amit said, is that it’s Jewish people “who are the ones that want to talk politics.”

Questions about policies or state practices result in a now familiar response, he said. “I tell them I live here. I’m not involved. Unlike in America where you can live in Israel and vote in America, in Israel to vote there you have to live there. So I don’t have the right to say what’s going on there.”

Amit is happy to continue conversing about Israel when he comes to Pittsburgh. He said he’s also hoping to enjoy the fruits of spontaneous encounters.

Whether those engagements result in conversations or contracts, both are suitable, Amit noted.

“People should come to the show and judge for themselves my work,” he said. “They dont have to buy, they can come talk and ask questions.” PJC