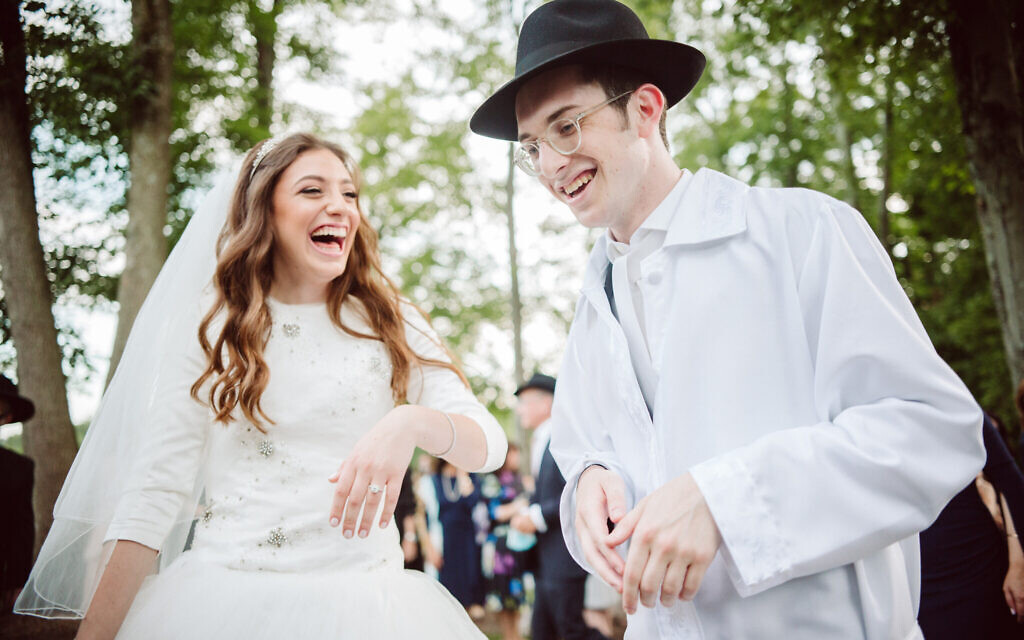 Ayelet, and her now husband Harry Esses, picked the date months earlier. They arranged a venue, mailed invitations and eagerly anticipated what everyone assumed would be a beautiful affair with several hundred attendees.

Everything changed in a matter of days.

On March 10, 12 days before the wedding, New York Gov. Andrew Cuomo announced that due to COVID-19, a 1-mile “containment area” would begin in New Rochelle.

“It is a dramatic action, but it is the largest cluster in the country, and this is literally a matter of life and death,” Cuomo said at the time.

As soon as Cuomo made the announcement, Janice Bahary began receiving calls. The wedding was to take place less than a mile from the containment area, and when Cuomo’s announcement made national news, people wanted to know what the plan was, she said.

Offering an answer proved difficult, however.

On March 16, six days before the wedding, the federal government advised people to avoid groups of 10 or more.

"Our primary goal right now is to slow the spread of this virus so that the wave of new infections doesn't crash our health care system, and everyone agrees social distancing is the best way to do that," Cuomo said then. 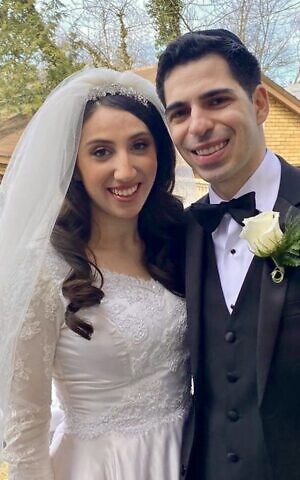 With days to go before the wedding, Bahary’s guests wanted information.

“What we tried to do was, starting around one week before the 22nd, we tried moving the location and the number of people,” said Bahary. The problem was, each time they identified a new venue, it would fall through because of new regulations.

“We couldn’t do it in Long Island, Philadelphia, Harrisburg,” Bahary recalled. “All the guests were like, ‘What’s happening?’”

Meanwhile, personalized yarmulkes and booklets containing the “Birkat Hamazon” had arrived at the home of one of Ayelet’s friends in New Rochelle but were irretrievable.

That friend was originally supposed to bring them to the venue but because she lived inside the containment area nothing was allowed to come out of it “regardless of wherever the wedding would be,” said Bahary.

On March 19, the families decided to hold an intimate wedding in the Bahary’s Squirrel Hill backyard.

There would be no grandparents, aunts or uncles, just a “small gathering of family,” said Bahary.

To keep numbers low, both the photographer and videographer, who are friends of the family, were counted in the minyan.

“Rabbi Wasserman saved the day,” said Bahary. “Where are you going to find a rabbi who on Wednesday was like, ‘I’ll go anywhere’? This guy went above and beyond.”

On March 22, Ayelet Bahary, wearing her mother’s wedding dress — made by Nathan Bahary’s mother years earlier — walked down the stairs of her parents’ deck in their Squirrel Hill backyard. Ayelet entered the chuppah and moments later she and Harry were married.

The families then drove through Squirrel Hill, where they received well wishes from friends who watched the ceremony on Zoom, before venturing to Schenley Park and taking photos.

Before the day was over, Harry’s parents packed food and drove home to Philadelphia, as staying in Pittsburgh wasn’t possible due to the pandemic.

The leadup to March 22 was stressful for the bride and groom, Bahary said. They were trying to determine whether it was even appropriate to hold a wedding when so much devastation was occurring in the world around them.

Gayle and Dan Kraut also know the stress of planning a wedding during a pandemic. Their son Jordy married Devorah Cohen, of Cleveland, about three months ago.

“The wedding, although it turned out to be awesome and beautiful, was truly much more stressful because of corona,” said Gayle Kraut. “We had to figure out a way for all of the parties to be happy.”

The first issue was timing. Because Jordy’s brother, Aaron, was slated to leave for a year of study in Israel the week after Aug. 11, the couple did not want to delay the wedding.

Then came the question of location. Cohen is from Cleveland. The Krauts live in Squirrel Hill.

The families agreed on a country club in Cleveland that allowed a hybrid of indoor and outdoor spaces and accommodated Ohio COVID regulations.

When it came to seating people, the bride’s family elected to place their guests indoors. The groom’s family chose to seat their guests on the patio outside.

“We did it in a way that any guest who wanted to come would feel safe,” said Kraut, estimating 120 people attended. Social distancing was in effect both indoors and outside, though ensuring everyone kept adequate space during the indoor badekken (when the groom veils the bride) was a bit challenging, said Kraut. People were masked, and at points even held pool noodles during the wedding to ensure adequate distancing.

For those who didn’t physically attend, they could watch on Zoom. The wedding turned out beautifully, Kraut said, and the weather cooperated.

Even with the stress of the pandemic, the families made sure to put their children first and not let differences impact a long-term relationship, Kraut said. “Don’t let this be a reason to break up families. It’s only one day. The rest of your life is much more important.” PJC