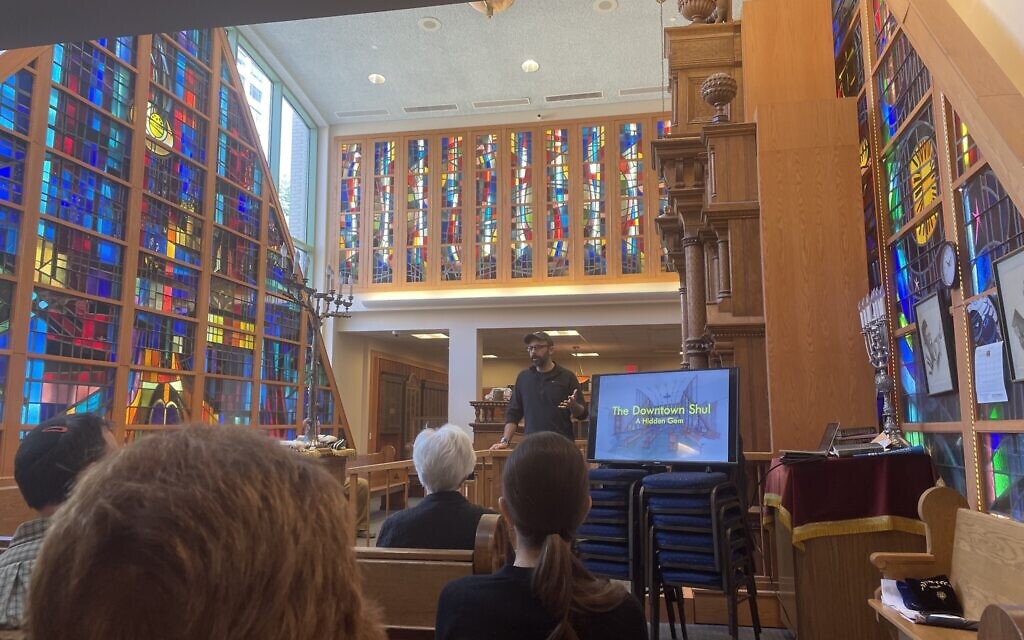 Between a handful of rabbis, several different locations and 153 years of services, saying that Pittsburgh’s Beth Hamedrash Hagodol-Beth Jacob Congregation — or, the Downtown Shul — has a vast history feels like an understatement.

“Looking at this room, you get the sense that there’s a lot of history here and a lot of thought put into bringing these objects together,” Lidji said, before walking the audience through the congregation’s decades of history. “If you have some aesthetic sensibility, you notice that there appears to be three eras represented in this room.”

Lidji dissected those different eras in his presentation, starting with the earliest Jewish presence in western Pennsylvania in the 1750s, then quickly moving to the 1869 founding of the congregation — initially named B’nai Israel — by a contingent of Lithuanian Jews.

Shortly after its charter, the congregation “bounce[d] around like congregations do during their early years,” Lidji said. But then two major things happened in 1892. First, the congregation moved into a new home on Washington Street in the Hill District. Second, it was renamed Beth Hamedrash Hagodol, meaning “the great house of study.” 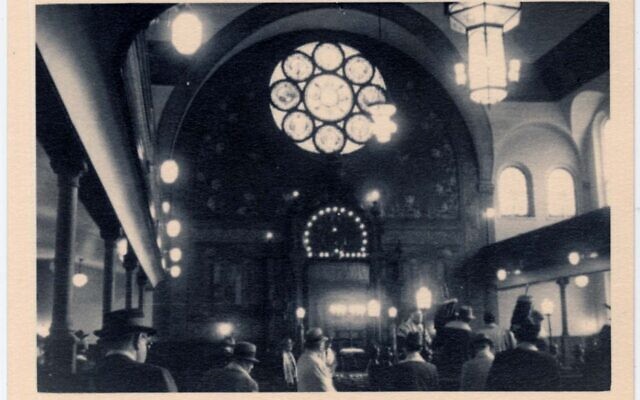 The congregation in its Hill District location, undated (Photo courtesy of the Rauh Jewish Archives)
“It was a way of indicating that they saw themselves as the central Orthodox institution in the city,” Lidji said.

Throughout the presentation, he shared several photos depicting the different eras of the Downtown Shul.

In the early 1900s, Beth Hamedrash Hagodol entered a new era, ushered in by Rabbi Aaron Ashinsky, who was attuned to American sensibilities and an organizer at heart, Lidji said.

The 1950s and ‘60s saw another period of change for Beth Hamedrash Hagodol, as Rabbi Ashinsky died and Pittsburgh’s Jewish community spread out into neighborhoods like Squirrel Hill and Oakland. The congregation became a location for the Jewish businessmen who worked on Fifth Avenue.

“Rather than have people drive all the way back to Squirrel Hill, this congregation allowed people to participate in their religious life where they were all day,” Lidji noted. 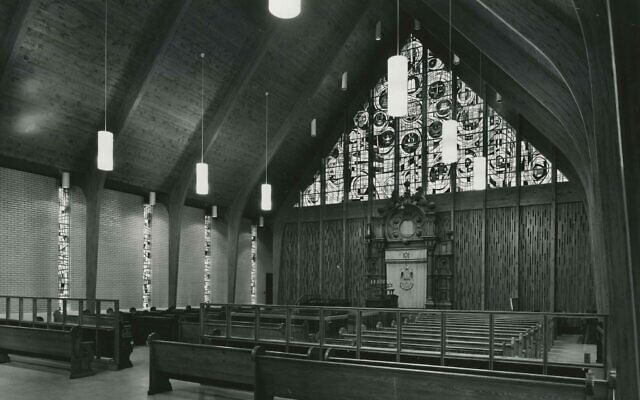 What followed was “a considerably more modern design than that big, elaborate, ornate synagogue on Washington Street,” Lidji said. The new building on Colwell Street introduced the stained-glass windows that still adorn the shul today, and included the previous building’s Torah ark.

The consequences of urban development faced Beth Hamedrash Hagodol-Beth Jacob when the Colwell Street property was bought to make way for the PPG Paints Arena in the early 2000s. The congregation then moved into its current location on Fifth Avenue.

Since 1986, Rabbi Stanley Savage has been the spiritual leader of Beth Hamedrash Hagodol-Beth Jacob. Ira Frank, the congregation’s longstanding president, said the past few years have been hard on one of Pittsburgh’s most storied synagogues.

“The idea is people come to services before they go to work [downtown] and they stop by afterwards,” Frank said. “With nobody working in town, that’s harder to accomplish. We haven’t regrouped yet. We haven’t really recovered from COVID.”

While change is constant for Beth Hamedrash Hagodol-Beth Jacob, the congregation’s history is well preserved. When designing the new building, architect Harry Levine attempted to keep the past close with the inclusion of the previous building’s ark, stained glass windows and more.

“He had this idea of compressing all of the history into a very tight space,” Lidji explained. “You feel 130 years of Jewish history.” PJC