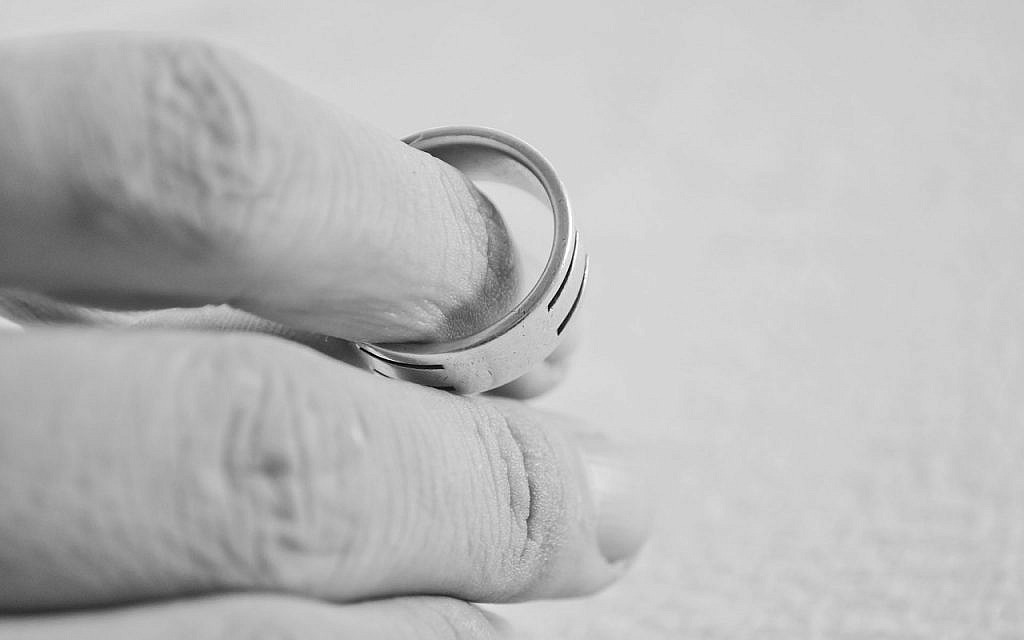 Rabbi Robyn Frisch makes the case for the process of process of shidduchim. (Photo from public domain)

This article first appeared in the Forward. Sign up here to get the latest stories from the Forward delivered to you each morning.

My husband and I sat on the plane on the runway at JFK International Airport in early July, waiting to take off for two-and-a-half weeks in Israel. As I was about to put my phone on airplane mode, I got a call from my 22-year-old son. “We’re going on a third date tomorrow,” he announced excitedly. “I’ll call you afterward to let you know how it goes.”

I looked at my husband and said: “He could be engaged before we get home.” You see, while my husband is a Conservative rabbi and I’m a Reform rabbi, our son is Haredi. He was in the process of shidduchim — a system of matchmaking in Orthodox communities — so that he could find a wife. I could tell from the way he talked about this particular young woman that she could be “the one.” I also knew that if things continued along the path they were on, my son would be engaged after another five or six dates, and sure enough, I was right.

Nearly every time I’d tell anyone who isn’t Orthodox that my son was in the process of looking for a wife, they’d say: “Oh, he’s having an arranged marriage.” This is a common misconception about Haredi Jews — that they all get fixed up by their elders with no say as to who they marry. In fact, while each Haredi community is different and I do not intend to speak for all of them, in my son’s experience, nothing could be further from the truth.

While there’s great diversity within Haredi Judaism in their shidduchim processes, in my son’s community when someone is ready to start dating, they put together a brief resume, including information about themselves, their family and a list of references. They also let the person who is representing them in the process — the shadchan, or matchmaker — know what they’re looking for in a mate.

Contrary to my liberal Jewish colleagues’ common assumptions, the shidduchim process is not so unlike using the dating apps that so many secular Jews use. Two Haredi people may see a picture of the other person before agreeing to go out, but the focus is much less about “swiping right” based on superficial aspects, and more on finding a partner who is a good fit intellectually and emotionally, and who wants similar things out of life.

When it comes to dating, there are a number of rules that the couple has to follow, the most well-known being that they can’t be alone in a private indoor space on a date, and they’re not allowed to physically touch until they’re married. After each date, each of them informs the shadchan who set them up if they want to go out again — if they both say “yes,” then there’s another date. If one or both say “no,” then they each move on.

Depending on the community, there are different rules and customs for the dating process. In my son’s community, the man and the woman each have full free will in deciding whether or not they want to marry someone, and they very consciously choose a person that they care for and want to spend the rest of their life with.

While the marriages aren’t “arranged marriages” in the sense that my friends who are critical of the shidduch process mean, Haredim do believe that prospective marriage partners are arranged by a divine hand. My daughter-in-law-to-be explained to me: “Though outwardly we chose each other, everything that happens in life is determined by Hashem, and it, therefore, is an ‘arranged marriage’ in a different sense of the word.” She went on to note the Talmudic teaching that 40 days before a male child is conceived, a heavenly voice calls out, announcing who the child will marry one day (literally a “match made in heaven”).

Obviously, the Haredi way of matchmaking and dating is very different from what we do in the non-Orthodox Jewish world, and I know that the shidduchim process wouldn’t have been for me. I value and prefer the norms that I’m used to in the liberal community I inhabit, where people date, often for a while, and really get to know each other — with no restrictions on what they can do together — before making the decision to get married. I like that I already knew my husband well, and felt very comfortable with him, before we were married.

However, I’m humble enough to recognize that the way I experienced dating, romance and engagement is just one way to do things, and it’s not objectively “better” than others. This isn’t the way things work in the community in which my future daughter-in-law was raised and which my son chose to join.

While the Haredi system may not have been for me, I do think that it has many positive aspects. For example, Orthodox young adults are fixed up with and marry someone that they know wants the same things out of life that they do. During the comparatively short period of time that they’re dating, they discuss important issues such as how many kids they want, where they want to live, what kind of religious home they want (not every Haredi person is identical), what their expectations are as to each of them working, etc. They are thus likely to marry someone who has similar goals and aspirations, not just someone they are attracted to and enjoy being with (though those two things are also important to them). As a colleague of mine put it recently: “In our world, we fall in love and then get married. In the Orthodox world, they get married and then fall in love.”

There are unhappy marriages and divorces in the Haredi community, just like in the non-Orthodox world. There are numerous reasons why a marriage may not work out. I’ve gotten to know many Haredi Jews who have happy, loving, long-lasting marriages.

The day after my husband and I returned home from Israel, two-and-a-half weeks after my son excitedly texted about going on a third date, he got engaged. The next day, I met his fiancée for the first time, and to say that I adore her is an understatement. I can’t imagine that even if he’d gone on hundreds of dates, he possibly could have found a better partner. Depending on how you view things, you may see their mutual happiness as the result of God’s will, a talented matchmaker or simply good fortune. But there’s one thing it isn’t: an “arranged marriage” (at least by other human beings).

The two of them may not have gone on dozens of dates or lived together for years before getting married. But each of them has been blessed to be engaged to someone introduced to them after a good deal of due diligence was performed by several thoughtful and caring individuals, and ultimately chosen by each of them through their own free will.

I truly believe that in each other they have each found their bashert (soulmate). I hope that everyone can be so fortunate, no matter what community they’re part of and what their dating practices are. PJC

Rabbi Robyn Frisch is the director of the Rukin Rabbinic Fellowship for 18Doors as well as the Spiritual Leader of Temple Menorah Keneseth Chai in Northeast Philadelphia. This piece first appeared in the Forward.